In 2013, mergers and acquisitions are back with a vengeance. Not since the days of the dot com madness in the late 1990s have there been megadeals in the offing on the scale of the proposed Heinz and Dell buyouts. Mergers and acquisitions (M&A) are suddenly so popular that Reuters reports these transactions as totaling $158.7 billion so far this year – which is already twice last year’s amount. 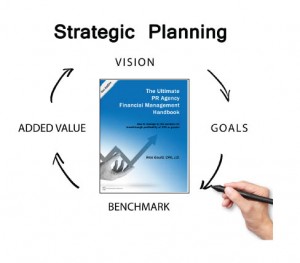 Of course, many people want to get in when the action is hot. Rick Gould, Managing Partner of Gould + Partners LLC, can’t be numbered among those just now hopping on the bandwagon. He started his M&A consulting firm in 2001, after 20 years of running his own accounting practice. So what prompted Gould to make the leap from a behind-the-scenes accountant to a player front and center on the deal-making stage? It was sparked by the need to do the deal and also get credit for it. According to Gould, “I owned the accounting firm for 20 years, specializing in the PR and ad agency industries. I was also getting involved with mergers and acquisitions as the CPA. That’s when I decided after 20 years I didn’t want to own an accounting firm any more. I wanted to be doing mergers and acquisitions, and counseling senior level executives – C-Suite executives – on things like profitability and building value in their firm … I found that as the accountant I wasn’t on the firing line, I was behind the scenes, and I wasn’t getting much credit for deals getting done. That was really the turning point.”

Armed with the money from a five-year buyout of his accounting firm, Gould plunged into the business of helping companies buy other companies and sell to larger firms. At the same time, Gould was approached by a senior person at the Parsons School of Design to create a graduate course on entrepreneurship, one of the few in the U.S. at that time.

This course, modeled on the case study method perfected by Harvard Business School, dealt with issues that cause businesses to implode even at the height of their earning power. It was a hit with the students and Gould wound up teaching at parsons for three and a half years while he built his M&A firm.

In addition to teaching and building a consulting business, Gould + Partners, Gould was also writing and speaking at major conferences. Then a light bulb went off and Gould decided that being involved in M&A deals would be better with a law degree. He explained, “I decided if I’m doing M&A and I’m negotiating and I’m reviewing contracts and preparing term sheets and doing these things you really have to be knowledgeable in, a law degree would make me smarter and grow my expertise.” “With no intention of ever practicing law I got my law degree nights, weekends, summers in just over three years. It was an amazing experience and well worth the time, effort and cost.”

Gould then became an active participant in the Harvard Law School “Program on Negotiation” (PON). He takes courses, is an avid reader of the books, articles and newsletter of the law school professors and follows the programs and interviews on the PON website regularly. “The PON faculty includes some of the most brilliant minds in the world. I take full advantage of it and hope the methodology and approach helps in my motivational ‘you can do it’ speeches at conferences in the Public Relations industry,” Gould said. His third book “The Ultimate PR Agency Financial Management Handbook” just released in April further solidifies his commitment to creative service firms increasing their bottom line and building value in their firm.

Counseling CEO’s, motivational speaking, writing books and articles and Harvard Law are all part of Gould’s strategic plan- not only to benefit his consulting and M&A clients-but for himself.