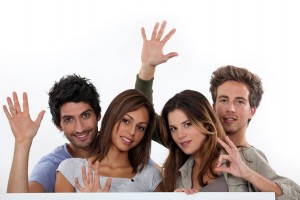 The impact of millennials has been major in many U.S. Cities including Austin, Houston, Phoenix and San Antonio.  But none have had a more significant impact than Denver.  Over three thousand new firms have opened offices in Denver in the past years.  More than 160,000 new jobs have driven the unemployment rate down to 4.1%.

And let’s not overlook San Francisco as Uber, Google, Yahoo and other leading tech firms, established and start-ups, moved into San Francisco.  Rents skyrocketed and thousands were forced to relocate to the less expensive suburbs. The SOMA (South Of Market) of San Francisco was exemplary for the tech explosion, seeing high rise apartment buildings rising whenever there was land to build and then fully rented up by the staffers of the tech firms.

Many of the Millennials in the SOMA sector of San Francisco have resorted to co-living arrangements, which has gained traction on the West Coast, not yet popular on the East Coast.  The young, tech wannabe entrepreneurs see the co-living, as do the young start-up millennial founded firms, buying into the very popular WeWork office space concept.  Most likely this will catch on in the Chelsea, Flatiron and areas of Brooklyn where many start-ups are launched.

Millennials have changed the dynamic of the creative service industry workplace. The way offices are designed, the way account teams are orchestrated, the expected billable hours per year for each staffer are all quite different than the needs and policies of the GenXers and Baby Boomers.

Ambitious, educated, tech-savvy millennials looking for flexibility in workstyles and clear paths to advancement have flocked to these demographics. The large tech firms would give them training and development they sought but were not as hard-driving that would preclude balance in their lives. Many workplaces don’t have the culture or attitude to attract Millennials “or” retain them.

The firms need to realize that it is the Millennials that have been replacing the Baby Boomers as the Boomers leave the PR firm workforce whether it be to retire or do their next act in their careers.  The Millennials will be looking for flexibility and work/life balance.  They will want firms that do not have an outdated culture whose DNA is openness and very up to date technology and systems.

We have found that managing these inspired, ambitious millennials can be challenging, but is worth the effort. Our CEO Consulting services now incorporates leading this generation to greatness.