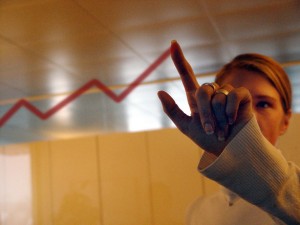 PR and advertising agency staff retention is a bear. And the situation may be getting hairy.

Just 36 percent of professionals feel they are paid fairly, according to a survey conducted by compensation website PayScale. (To download the full report, please click here.)

The survey, which was conducted last year, was released earlier this week. It took the pulse of nearly 7,600 executives across the globe, with the U.S., Canada and the United Kingdom generating the highest number of respondents. The top five industries represented in the survey were manufacturing, technology, medicine and healthcare, nonprofit and education.

The 36 percent of the respondents who think they are paid fairly is at severe odds with how employers look upon pay—73 percent of employers consider their employees fairly paid—and that’s a recipe for more churn.

Indeed, for the fifth year in a row, compensation, or “seeking higher pay elsewhere” was a top reason employees left companies, second only to  “personal reasons” and life change (marriage, relocation).

PR managers and owners should take note of the gap between employers and employees regarding pay revealed by the survey.

When you consider the (already high) rates of job churn within PR and ad precincts, managers should conduct a forensic analysis of their pay structure and determine what can be reconfigured, added or subtracted, in order to boost staff retention rates.

According to the survey, 57 percent of employees worry about retention, compared to 28 percent in 2009. So what are the remedies? Eight-seven of average companies and 94 percent of top performers plan to give raises in 2016, the survey said.

However, among those who plan to give raises, 77 percent of average companies and top performers alike expect the average raise given to be from zero to 5 percent—not necessarily a killer incentive for employees to stick around. Managers could assuage the low-ball on raises by handing out bonuses: The survey found that 74 percent of companies reported giving bonuses last year, up more than 5 percent since 2013.

As business managers grapple with their pay/bonus structure overall, they’re also going to have to come to grips with what are the most effective ways to retain millennials, who seem to be the most impatient generation to hit the workforce ever.

Companies may be too reactionary when it comes to millennials’ demands.

According to the survey, more than 50 percent of average companies are not changing compensation strategies to accommodate millennials.

Yet 35 percent of top performing companies said they are changing compensation strategies, the survey said. For those companies altering compensations strategies, many cited changes in paid time off policies, wellness benefits and increases in philanthropic and diversity initiatives.

How do some of these remedies stack up against your staff-retention efforts?