PR AGENCIES REPORT 2014 PROFITABILITY AT 16.2%, CANADIAN FIRMS MOST PROFITABLE FOR THE THIRD YEAR IN A ROW, ACCORDING TO GOULD+PARTNERS ANNUAL SURVEY 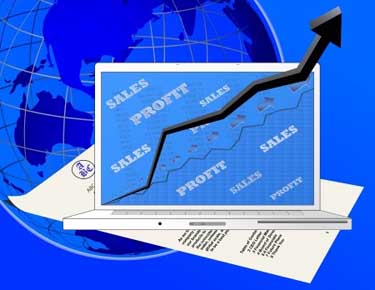 NEW YORK June 30, 2015 — U.S. PR agency profitability increased to 16.2 percent of Net Revenues from 15.8 last year according to those responding to the annual Benchmarking survey of M&A/Consulting Firm Gould+Partners.

A total of 104 prominent agencies based coast to coast and Canada reported that average number which compares with 18.8 percent in 2012, 18.6 percent in 2011, 15.6 percent in 2010, 13.5 percent in 2009, 15.6 percent in 2008 and a 19.7 percent margin in pre-recession 2007, according to Rick Gould, CPA, J.D.  managing partner of the NY based merger and management consulting firm specializing in the communications field. The Best Practices Benchmarking Survey is the only best-practices benchmarking survey open to all firms of the PR industry.

“One of the most significant findings of the survey,” said Gould, is that the G+P “Model Firms”, the dozen agencies consistently meeting or exceeding the G+P model performance target criteria, continue to remain far above average during slow or recessionary times. In 2014, as in previous years, they averaged an operating profit margin well in excess of 20 percent, partly due to their ability to hold professional staff salaries to under 40 percent of net revenues, total labor cost at 50 percent and operating expenses at around 25 percent. This should be the goals for all firms. Any decrease in operating profit was totally attributable to an increase in labor cost without a corresponding increase in fees.”

According to Gould, “This is consistent with the results of the special study we did last year and three years back for the “Canadian Council of PR Firms.”  The Canadian firms are very well managed, with a sharp eye toward cost controls and profitability analysis.

Other noteworthy findings were:

After the distribution of the G+P full survey results to those agencies that participated, copies will be available on request after August 1 by writing: [email protected]  or calling Rick Gould directly at 212-896-1909.

Gould+Partners is the only consulting firm in the public relations industry that provides merger and acquisition facilitation services, strategic counsel to agency owners on management and operational issues and annual “Benchmarking” regarding Financial Metrics, Billing & Utilization, Industry Growth and Health Benefits/Executive Perks.