Although there have been a spate of challenges to Uber by government and cab companies alleging that Uber’s use of drivers who are not licensed to drive taxicabs is unsafe and illegal, the transportation network company continues to roll right along.

The service, which launched in 2009, is now available in 58 countries and 300 cities worldwide. In just a few years the company has become wildly popular among consumers—who like Uber’s speed of service and cheaper rates than traditional taxi services—with a reported valuation 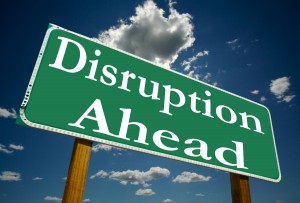 Indeed, since Uber’s debut, several other companies have copied its business model, a trend that has come to be known as “Uberification.” For example, there’s an Uber for holiday rentals (Airbnb) and groceries (Instacart).

When future cultural historians trace the genesis of the ”sharing economy,” their journey will start with Uber.

So what’s your agency’s inner Uber? When you consider the hypercompetition for wallet share, what are your agency distinguishing characteristics? What’s your appeal for clients, when so many PR services are downright commoditized? Here are a few tips.

> Killer video content. Many agencies and clients now settle for the talking-head video, or a senior executive droning about the wonders of the company’s latest product. Boring. Toss a little imagination into your video programming, whether that’s b-roll footage, graphics, or animation. Make sure the video, regardless of length, has a story arc, rather than a series of talking points that’ll make your viewers’ eyes glaze over.

> Flexible work schedules. Sure, we’ve all heard what qualifies as flexible work schedules at PR and ad agencies, er, working from home and/or telecommuting. But to respond to an always-on workforce—not to mention a sharper blend of the personal and the professional—agencies have to expand their definition of flexible work schedules. For instance, maybe your SEO guru doesn’t like to work on Monday, for whatever reason. So let her work on Sunday, when she can track deliverables and, most likely, be more productive than she is on Monday.

> Collaborative culture. If we had a nickel for every time we heard about the wonders of integrated marketing we would have relocated to Bora Bora a while ago. If you want to attract and retain both talent and clients, you have to legitimately bust down the work silos rather than simply tinker at the edges. Millennials now entering the management ranks have been conditioned on collaboration and can smell rigid ways of working a mile away. Millennials love to vote with their feet, so you have to create incentives for them to stick around and grow with your agency. Creating a truly collaborative and less symmetric culture may be half the battle.

What would you add to the list to better distinguish your agency?