Bangers and Mash vs. bagels with a schmear. Big Ben vs. the Empire State Building. Cricket vs the Bronx Bombers.

There are many cultural and municipal differences between New York City and London (with, to be fair, many similarities, too). 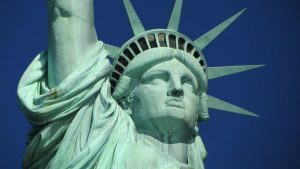 However, the differences between the two cities are more subtle when it comes to New York PR vs. London PR. But, as interest among U.S. companies in London-based PR agencies starts to heat up, the markets may be melding, particularly on the digital front.

In late November, for example, management consulting giant Accenture acquired Karmarama, one of UK’s  largest independent agencies. (Financial terms were not disclosed.) The acquisition is designed to strengthen the ability of Accenture Interactive, part of Accenture Digital, to “create and deliver integrated customer experiences to brands in the UK and elsewhere,” Accenture said.  Less than two weeks later Deloitte announced that it had acquired London-based agency Register Larkin, which specializes in crisis and reputation management, for an undisclosed sum. The Deloitte deal is the latest in a series of transactions in which management consultancies have acquired PR firms (hat tip to The Holmes Report).

PR firms’ appetite for acquiring PR and marketing firms across the pond is increasing, as well. Gould+Partners recently rolled out a London/UK division to help facilitate transactions. 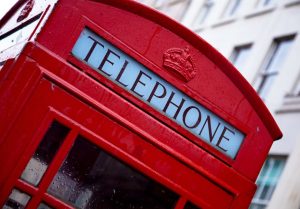 The growing interest in London-based PR firms is a function of a global economy, of course, not to mention the ongoing rollup that’s been accelerating throughout PR and marketing precincts internationally.

With that in mind, we’re curious about what makes New York City and London PR agencies tick.

Gould+Partners: What are some of the differences between New York and London when it comes to how to handle challenging relationships with clients?

Mark Pinnes: It just comes down to sincerity, planning and open communications. Mostly difficult client relationships happen because people don’t set proper expectations or don’t keep their promises. If you screw up, admit it, work out a way through it and then work like a horse to redeem yourself. You live and die as a team. In London, though, we see fewer clients open to solving problems over a glass or two of wine; people want to get home to their families. Much less face time than ever before.

Steve Cody: Difficult client relationships have to be evaluated individually. If they prove to be too toxic to the agency (in terms of abuse, expectations, tardy payments, etc.), the best and most appreciated response from the rank-and-file is to fire such clients.

Pinnes: Our editorial media landscape has been eviscerated, so agencies are investing even more heavily into positioning themselves as integrated service providers. The trends toward integration that you see in the U.S. are here in London, only more so. There simply isn’t room for a standard media relations shop anymore.

Cody: I wouldn’t say there are more specialist firms in New York but, rather, a greater breadth and depth of firms who do everything but windows. While the occasional investor relations specialist or archaic media-by-the-pound tactical PR shops still exist, more and more firms are research and analytics driven.

Gould+Partners: How about the emphasis on social channels and digital tools?

Pinnes: In London, we’re increasingly seeing the drive towards measurable outcomes for business. Digital channels are helpful [and] we see lots of campaigning to engage both consumer and   influencers via social channels.

Cody: Ditto. Research, analytics and ROI rule the day. CCOs are still running under the radar since traditional and social media remain difficult to measure, but carnage remains the watchword of the CMO world where the average incumbent has about 18 months to prove her new campaign will drive sales.

Gould+Partners: Is there more or less focus on grooming millennials for upper management in New York or London?

Pinnes: Not so much of this in my opinion. We still see that the majority of agencies promote their highest performers and best salespeople. People still learn on the job, and make the same management mistakes that agency folks have made for a generation or two.

Cody: Regarding millennials in New York, yes, the best and brightest are still the first to be promoted, but they have a far more diverse choice of career paths to pursue within the agency.