Home » Blog » Is the M&A Party Over? It Could Just Be Starting for PR Field 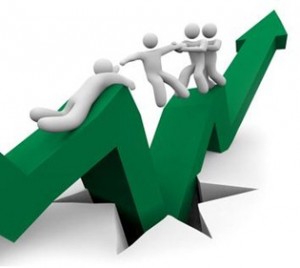 Following two consecutive years of high-volume global mergers and acquisition activity, 70 percent of U.S. dealmakers surveyed expect a decrease in North American activity this year due to economic conditions and wobbly stock markets, according to a the 9th Annual Brunswick M&A Survey.

Globally, however, it’s a different story, with most dealmakers (66 percent) optimistic that M&A activity will be comparable to the record-breaking deal levels achieved in 2015.

The survey, which was released last week, was conducted earlier this year. It took the pulse of 140 top M&A practitioners and observers residing in North America, Europe and Asia.

The 2016 survey shows a distinct bearishness as compared to prior years, though the survey was taken in February when stock markets around the world were swooning, Brunswick said.

“Following an unprecedented year for deals in 2015, U.S. dealmakers are concerned the M&A party may be over,” said Steven Lipin, U.S. senior partner, Brunswick Group, in a statement.

He added, “A rebounding stock market and steady economic data certainly helps with CEO and Board confidence. But U.S. M&A practitioners have tempered expectations and see a steady flow of smaller deals driving deal activity instead of the mega deals that we saw in 2015.”

Despite dealmakers’ expectations for a downturn for North American M&As, the PR M&A market appears to be heating up.

Meantime, Stagwell Group, the investment group led by former Burson-Marsteller chief Mark Penn, has been quite active on the M&A front.

In January, the group has acquired a majority stake in creative digital agency Code and Theory, closely behind Stagwell’s acquisition of National Research Group from Nielsen at the end of November and PR and political consulting firm SKDKnickerbocker in October. Financial terms were not disclosed.

Asked what he attributes the surge in PR M&As, Rick Gould, managing partner of Gould+Partners, said, “I don’t see any signs that PR M&A activity is slowing down. There are many first-time buyers coming to us seeking strategic acquisitions in specific regions or for needed disciplines, such as digital, to fill the gaps in their offerings.”

Gould stressed that there still are many baby-boomer owned PR firms in which the principles are starting to brace for a sale. “The owners are ready to monetize their asset,” Gould added, “and then decide if they want to remain with the buyer firm or embark on a totally new career.”