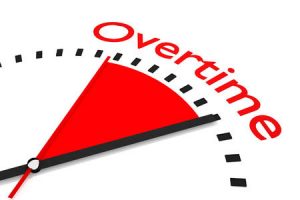 Creative services firms could be in store for significant changes when it comes to how they compensate and pay their employees. Potential changes in salaries (and work responsibilities) stem from a new Department of Labor regulation that raises the white collar overtime exemption under the Fair Labor Standards Act.

The new rules, which apply to all organization with at least two employees, double the minimum salary needed to qualify for these exemptions, from the previous level of $455 a week (or $23,660 a year) to $913 a week (or $47,476 a year), with increases every three years. The new rules, which kick in December 1, are estimated to affect at least 4.2 million American workers.  There are two requirement in order to be exempt from the new regs: The salary employee’s salary must exceed $47,500 and the duties of responsibilities of the job/position must have a level of discretion and judgment.

Gould+Partners spoke to Alex Mann, co-founder and CEO of ClickTime, which provides timesheet software, about the new regulations.

Gould+Partners: How will the new overtime regulations impact PR agencies and other creative services firms?

Alex Mann: Creative services firms, whether in public relations, advertising, or branding, historically have been very attractive to new college grads as a career starting point. So we’ve got this surplus of entry-level talent eager to enter the field, and a limited demand of positions to fill. For a certain segment of the workforce, wages are relatively low. At the same time, these are salaried white-collar jobs historically exempt from overtime because they require independent judgement and some amount of administrative skill. What’s changing now is that almost anyone on salary earning less than $47,476 per year will be eligible for overtime no matter what they do.

Gould+Partners: What are the most effective ways for creative services firms to prepare for the new regulations?

Alex Mann: First, it’s important to identify those individuals in your company who are likely to be reclassified. (These are overtime-exempt workers making under $47,476 who are currently exempt from OT and yet working consistently more than 40 hours per week.) If you can closely examine the data from one quarter in 2015, you can project what a full year would cost under the new regulations. Then you can understand what each team member will cost in wages for the year to come, what their revised hourly cost will be and what, if any, their new billing rates should be.

Now is an ideal time to consider what your overtime policy will be. It’s unlawful to withhold wages for overtime worked, whether or not it was approved. But it is generally legal to have a policy that workers must obtain permission to work OT and to discipline workers who ignore that policy. The more you clearly remind your OT-eligible staff and their managers of your policies, the better positioned you will be to handle any overtime issues that may arise.

Gould+Partners: Are the new overtime regulations a good excuse for firms to get a better handle on productivity and utilization?

Alex Mann: Absolutely. As long as the law requires that you measure worked time, you should enjoy the huge dividend of visibility into who’s working on what, which people and projects are driving the most profit and which managers are responsible for the most efficient teams.

And as your staff might be increasing in cost due to overtime pay, it’s all the more reason to make sure employees are fully utilized and performing at the levels you’ve set for them. In a world of billable hours, these are the metrics that matter most. Our experience shows that companies that track time and utilization—and properly manage employee resource allocation—benefit from outsized gains in margins and managerial effectiveness.

Gould+Partners: Do you think the new regs will spur PR firms to accelerate the number of promotions, to bring employees’ salaries above the $47.5K threshold? Is that a risk?

Alex Mann: Firms will react in many ways. Some will dial up wages and dial down benefits. Others will shift certain duties from OT-eligible staff to OT-exempt staff. Others will simply lower salaries and build in the expectation of overtime so that the numbers mostly come out the same. We predict that the $47,476 salary will become a new floor for certain roles, where employees become eligible for more training and career development. Employees under that limit may become less valuable to their firms, because they’ll be limited to billing fewer hours without racking up much higher costs.

With better data on employee performance, we also predict more use of strategic bonuses to better reward hard-working, profitable employees and their managers. High-performing agencies will share more aggregate metrics about company wide performance to create incentives for everyone to work efficiently and reduce overservicing. Conversely, agencies that are already struggling financially or have discord in their ranks may have a difficult time after December 1.

(In late November a federal judge in Texas issued a nationwide injunction against the regulation expanding by million the number of workers who would be eligible for time-and-half overtime pay, according to the New York Times. The judge’s language indicated that he would strike down the regulation altogether, the Times said, citing experts on labor policy.)

Alex Mann can be reached at [email protected]