Gould+Partners managing partner, Rick Gould, advised CooperKatz in the PR firm’s sale to G&S, which combines two of the most established NYC based firms.

CooperKatz, headed by Ralph Katz and Anne Green, is one of the premier NYC firms.

Rick Gould said “I have known Ralph Katz and Anne Green for many years and was honored when Ralph reached out to me to represent their firm as their M&A advisor. They have a great firm with quality clients.”

“I have known the G&S firm, formerly Gibbs & Soell, for over twenty years and previously worked with them on potential M&A transactions.  The combination of firms adds to both firm’s strengths and depth.  Together the combined firms will offer existing and prospective clients expanded ideas and expertise.” 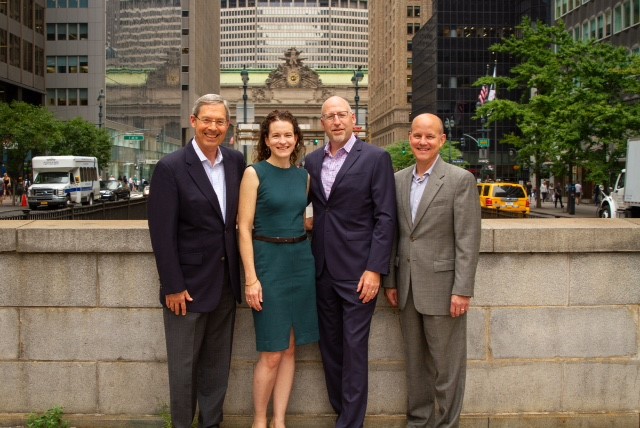 “The similar culture and shared values of the two organizations are remarkable and joining the G&S team will bring resources and a broader range of career opportunities to our employees,” said Katz. “I have known Luke for many years, and I am looking forward to partnering with him and all of our new colleagues at G&S. I can’t imagine a better strategic fit for this next chapter in our agency’s evolution.” Katz co-founded CooperKatz in 1996 with his long-time colleague Andy Cooper, who passed away in 2013.

Both G&S and CooperKatz reported double-digit revenue growth in 2017, posting revenue of $27.3 million and $5.5 million, respectively. Last year, The New York Observer PR Power 50 recognized CooperKatz as a top public relations firm, and Crain’s New York Business named the agency as one of the Best Places to Work in New York City for the fourth consecutive year. In 2018, the Holmes Report honored G&S as the Corporate/B2B Agency of the Year.

G&S Business Communications is an independent business communications firm with headquarters in New York and offices in Chicago, Raleigh, N.C., and Basel, Switzerland. The firm’s global network extends across more than 50 countries through its PROI Worldwide partnership.