Canada is celebrated for many things. Maple Syrup, Niagara Falls, and Wayne Gretzky quickly come to mind. Now you can add profitable PR agencies to the list, particularly when stacked up against their U.S counterparts.

Net revenue for Canadian-based firms grew a total of 21.8 percent in 2016, according to Gould+Partners 2017 PR Firm Net Revenue Growth Report. Including both Canadian firms and U.S. firms, total net revenue grew 4.8 percent, down from 6.6 percent in 2015.

Canadian PR firms also bested U.S. ones regarding profitability: Per  Gould+Partners Annual Financial Benchmarking Report, operating profit for Canadian firms in 2016 rose to 23.4 percent, compared with 18.7 percent in 2015. Including both Canadian firms and U.S. firms, PR profitability was essentially flat in 2016 (15.2 percent), compared to 2015 (15.3 percent).

To be sure, the Canadian PR market is much smaller in scale compared to the U.S.  And the competition for budgets is a bit fiercer in the States.

Nevertheless, the fact that Canadian firms’ net revenues and earnings exceed those of U.S. firms got us wondering about what Canadian shops have been doing to generate such positive financial results—and what U.S. PR firm owners struggling with profitability might learn from them.

We reached out to Alison King, president of Toronto-based Media Profile, and Marie-Josée Gagnon, president of Montreal-based Casacom, to get a better sense of Canadian PR firms’ management approach and how they tackle the day-to-day operation. 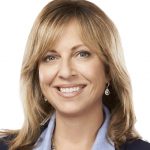 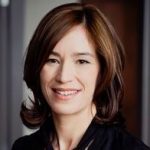 What is your firm doing to mitigate over servicing and better manage profitability?

Sign up  for our email newsletter, Inside Edge…Business Strategy for PR, Media & Creative Service Agencies.