This blog was posted by my friend & colleague, Dr. Aerial Ellis, regarding the tragic helicopter crash death of Kobe Bryant and his 13 year old daughter, Gianna. I believe Dr. Ellis sends a valuable message to all of us.- Rick Gould 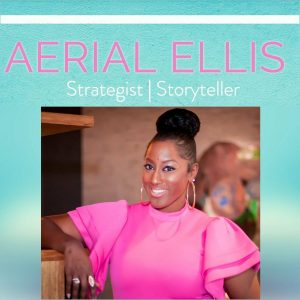 Excellence is the result of a prosperous, well-lived and fulfilled life. The excellence that we can truly achieve is up against a real enemy called mediocrity.

Mediocrity and the comfort it gives us is what keeps us from being excellent. Sometimes the painful tension of a struggle comes along to teach us how to tackle hardships with hope and burn mediocrity with motivation. It’s impossible to live a life of excellence without struggle. We often look at successful people and overestimate their talent because we forget about their obsession with excellence which inspires their willingness to outwork anyone else, outshine any appearance of mediocrity and overcome any struggle they face.

As I reflect on the life and legacy of NBA legend Kobe Bryant, excellence has to the best word to describe him. Kobe is considered to be one of the greatest athletes in the world — not just because of his talent but because of his excellent mindset and work ethic. When the horrific news broke that Kobe and his 13 year old daughter Gianna were killed in a helicopter crash along with seven others, I was heartbroken and  immediately felt a sense of disbelief. Kobe, to me, was kind of like a big brother. Not personally. But I was in middle school when he made his announcement to skip college and enter the NBA at the age of 18, and he became one of the overachieving superheroes in pop culture whose hard work, intelligence and humility I found fascinating. He reminded me so much of the guys I grew up with that lived and breathed basketball. Later I would admire his obsession with excellence – a relatable quality that he was often misunderstood and disliked for.

My favorite off-the-court memory of Kobe was when he was on stage accepting the Icon Award at the ESPYs in 2016. Around this time, I’d started the routine of waking up around 4 a.m. to workout and get ahead of my day. The year prior I had experienced a series of major struggles, and I was determined to rediscover Aerial and redefine my purpose. As a fan, I admired how competitive and disciplined Kobe was. It reminded me of myself in some ways. So once I became relentless about my new pursuits and serious about repositioning my purpose, I started going to the gym at 4 a.m. in the morning. I began to see the results not only in my fitness and appearance but everything else became clearer and more precise especially in how I affirmed myself and invested in my relationship with God.

So when Kobe retired and received the Icon Award in 2016 at the ESPYs he addressed his fellow athletes in a speech that still sticks with me to this day:

Toward the end of the speech, Kobe quoted one of his high school teachers by saying, “Rest at the end, not in the middle.” Kobe Bryant obviously lived that quote, and will now get his rest. He didn’t become one of the greatest athletes in the world simply because of talent. He was great because he was willing to put in the work every single day.

No matter the struggle.

It’d be foolish to think that God allows us to go through life with absolutely no hardships and difficulties. No matter how strong you think you, there will be something that disrupts your peace, shifts your circumstances, limits your livelihood, pauses your progress and tests your character. A struggle or a series of momentary struggles are guaranteed.

It doesn’t have to be life or death, or detrimental to success but the highs and lows will come, and most times the lows will be a struggle – a struggle to get ahead and move to the next level, to fix what went wrong, to get over a bad decision or a disappointment, to make ends meet or break into the right space, to mend broken relationships and pursue the right ones, to establish boundaries, to reach a comfortable position in life, to love yourself and to be fair to yourself, to stay healthy or recover from illness, to let go of resentment or guilt, to overcome hurt and loss, and to heal from anger, sadness and pain – the struggle no matter how it looks is real.

In the world we live in, results are usually tied to performance. Nowadays unfortunately, good enough is enough. Half-done, half-hearted, shoddy, non-committal, just to get by, low effort, low interest, low standard, low energy, unbothered, average attempt, smoke and mirrors, for attention and not for advancement, a failure to go all in and play full out, doing the bare minimum, less than what is required, lack and slack – all fight against the temporary privilege to push through a struggle in order to get better.

I can imagine that 4 a.m. workouts everyday year after year would do nothing but breed excellence, and for many of us, Kobe was nothing short of excellence.

What struggle have you overcome recently and how did you learn to see the beauty in it? When it comes to pursuing excellence, what discomforts are required to achieve your personal best and strengthen your character?

Struggles might hinder you but they don’t define you. They will discipline you but do not have to distract you. If we considered a struggle to be a temporary privilege, we’d admit that a struggle isn’t always bad. It isn’t. It can groom us for excellence and bring us remarkable rewards.

This blog post is an excerpt from Aerial’s podcast Affirmations of Excellence, Episode 4: Struggles. The podcast is an offering of personal devotionals to fuel your week with excellence using personal stories and reflections, clear action steps, and guided affirmations. Get to know more about her work by visiting her page aerialellis.com