As the lanes throughout the marketing communications landscape continue to blur, more and more PR firms are starting to add paid media components into their business portfolio. It’s another way for PR agencies to offer one-stop shopping to clients increasingly leery of having to deal with multiple agencies.

But investing in online advertising is a delicate dance for PR agency owners because of the rapid proliferations of so-called ad blockers on the internet.

And now the situation appears to be getting more acute.

“Ad blocking is a detriment to the entire advertising ecosystem, affecting mostly publishers, but also marketers, agencies and others whose businesses depend on ad revenue,” eMarketer senior analyst Paul Verna said, in a statement. 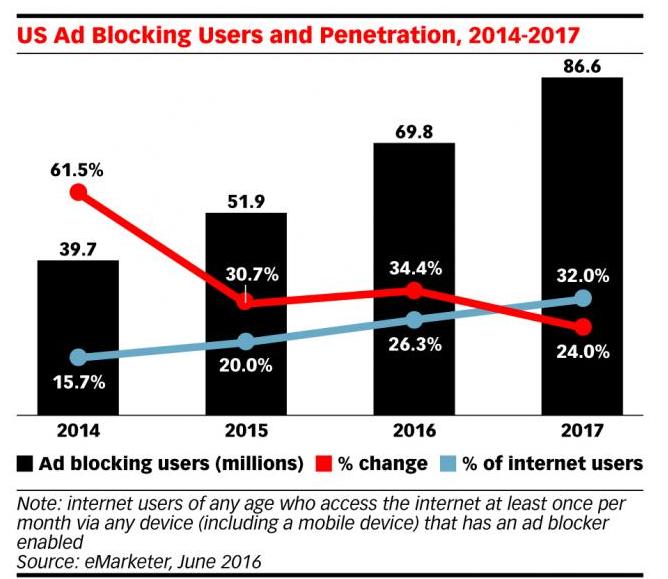 But if you follow the online ad-blocking story to a logical conclusion, how long before ad-blocking programs start to penetrate mobile smartphones and other hand-held devices?

The study may give pause for PR agency owners plunging into the ad waters to try and catch some additional revenue.

PR agency owners need to adopt a highly measured approach to their paid media efforts, which are a bit easier to track and analyze than “earned” media, the coin of the realm for the public relations profession.

On the other hand, many of the media trends now circulating throughout the marketplace seem to favor “earned” media.

Consumers tend to tune out online ads (or any ads, regardless of the medium), but they will read an interesting story or watch a cool video if the content has relevance to their lives and/or makes their jobs easier.