The news that a former PR executive has been arrested and charged with defrauding his last two firms in excess of $2 million should serve as an alert for PR agency owners who want to get a better grip on their internal control & expense reimbursement practices and avoid becoming victims of employees who cross the line. 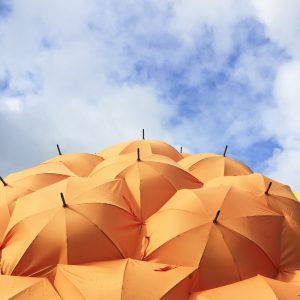 The U.S. attorney for the Southern District of New York charged the accused with wire fraud in connection with multimillion-dollar schemes to defraud the two PR firms where he worked, per O’Dwyer’s.

According to O’Dwyer the suit, which was announced in early October, does not identify the PR firms that employed the accused, but the allegations cover the period from 2013 to 2018 when he worked as an executive VP. I am intentionally withholding the name of the accused and the two firms since my intention is not to further the pain the two firms suffered but to prevent this from recurring in the future. I will note that the firms are terrific firms with very strong C-Suite leadership.

The executive is charged with two counts of wire fraud, each of which carries a maximum sentence of 20 years in prison.

TO BE CLEAR, THE VAST MAJORITY OF PR AGENCY EXECUTIVES AT ALL LEVELS ARE HONEST, HARDWORKING PEOPLE WHO STRIVE TO BE TRANSPARENT IN THEIR BUSINESS ENDEAVORS.

At the same time, few PR firms have safeguards in place to protect the agency from bad actors and fraudulent behavior.

Owners of boutique and much smaller PR firms, of course, must pay careful attention to their internal controls and expense reimbursement policies.

However, once PR firms exceed $10 million or so in net revenue, CFOs and other senior executives need to manage the top and bottom lines and don’t necessarily have the bandwidth to watch every last expense. There needs to be controls implemented to do that for them. For example, controls must be set up to ensure separation of duties and checks and balances for incoming payments from clients (deposits, credit card payment, wire transfers), ongoing payments for expense reimbursement to staff and payments to vendors and especially signing authority for checks and reconciling bank accounts. There must be an approval process to assure checks and balances.

Large public companies have internal auditors as their watchdog. Other large firms will have their CPA firm do annual internal controls reviews. Smaller firms may have their COO responsible for internal controls. No matter who assumes this role, a financial watchdog, in my opinion, is needed.

With that in mind, there are three benefits for hiring a financial watchdog for your PR agency.: