Peyton Manning, who will go down as one of the greatest NFL quarterbacks ever,  retired from pro football Monday afternoon. The moves comes less than a month after Manning’s Denver Broncos defeated the Carolina Panthers in Super Bowl 50 and less than three weeks before Manning turns 40 years old (which, for the NFL, is akin to being Methuselah). 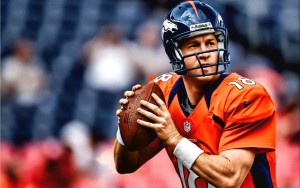 Knowing he would get cut by the Broncos otherwise, Manning read the writing on the wall. Ditto for the Broncos, who have already moved onto new quarterback Brock Osweiler.

Unfortunately, the same can’t be said for PR agency owners. Not having a succession plan won’t do you any favors with potential buyers, and may be a deterrent to prospects who want to have a look-see at your firm in the first place.

With that in mind, here are three tips for PR and ad agency owners for how to get a better handle on succession planning, compliments of Michael Lasky, who heads the PR practice group and co-chairs the litigation department at law firm Davis & Gilbert LLP.

> Start early. Owners should begin the succession planning process five to seven years before they plan to fully exit from their business. Having a long-term succession plan in place enables managers to focus on profitability and growing their portfolio. It is much easier to fix a problem at a normal pace that makes sense for the current management team rather than when present managers may be under the scrutiny of a possible buyer.

> Strengthen and incentivize your senior management team.  Because an owner’s payment will come from future cash flow of the business, he or she will want to ensure the next generation of leaders has an economic interest to keep the agency financially strong and growing. As such, it’s critical to incentivize these individuals via the purchase of grants of actual equity, contract equity or performance-based incentives.

>  Know what your firm is worth. “You can’t know the players without a score card,” Lasky says, using a sports analogy for agency owners to consider for succession planning.  By the same token, it’s hard to create a succession plan if the agency owner doesn’t have a clear understanding of his or her firm’s current value. It’s also important to know the factors that could increase—or decrease—the agency’s value within the desired time horizon and whether the owner’s top deputies are aware of the timeline.